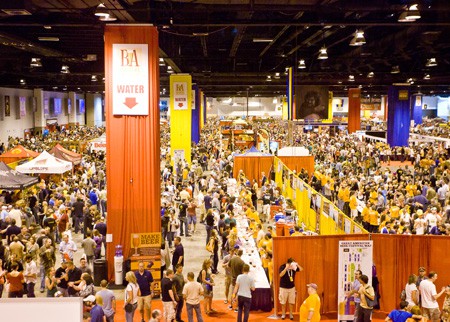 A triumph for brew enthusiasts all over America?The Great American Beer Festival is the premier gathering for devotees to the art of crafting beer. This three-day celebration of crafting, brewing, and enjoying beer attracts people with the competition and tasting events, showcasing over ninety different styles of beer, including gluten-free brews! With the GABF right around the corner, commencing next Thursday October 2nd in the mile high city, excitement is growing to see this year?s entries and winners for the Gluten-Free category.

According to the GABF styles guidelines, beers entered into the Gluten-Free category cannot be made with any gluten-containing ingredients. Therefore beers that are made with barley and treated to reduce the gluten content- ie gluten-reduced beers- are not allowed in this category; disqualifying beers such as Omission, Brunehaut, and Estrella Damm Daura. That?s right, only inherently gluten-free beers (non-traditional brews) are allowed entry; leaving the competition open for the artisans and experimenters who have labored over their recipes toward the creation of the tastiest beer. Brewers are developing new ways of producing a safe and great tasting gluten-free product. These different and new ways of crafting beers and malts extends the friendly hand of this craft beer community to those who could not previously partake due to health restrictions!

While some gluten-free beer drinkers complain of the lack of quality or variety, the taste and selection of gluten-free beers has indeed vastly improved thanks to those hard at experimenting and improving this craft. The GABF didn?t add a Gluten-Free category until 2007; when Redbridge, New Grist, and Shakparo placed gold, silver, and bronze respectively, out of 8 entries. Deschutes was the first craft brewery to take a medal in this new category, receiving bronze in 2008. The Alchemist was right behind them, placing gold and silver with two different gluten free beers in 2009. Since then New Planet Beer Co, Strange Brewing Co, Kettlehouse Brewing Co, Rock Bottom Arlington, and Harvester Brewing have all taken home medals in the Gluten-Free category. Three cheers to all the past winners and good luck to everyone entering this year?s 33rd annual GABF!