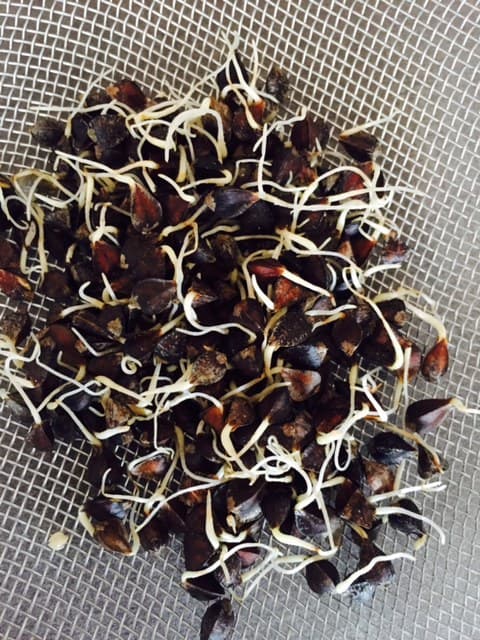 There are many reasons we?re a fan of buckwheat. No, we?re not referring to one of the famous little rascals, but rather the plant that produces naturally gluten-free triangular shaped grain-like seeds. Unlike the name implies, it is not a relative to wheat. In fact, it is more closely related to spinach than to wheat. The plant is named after the Dutch word for Beech (Boec) and wheat, because it can be used for food applications, similar to that of wheat.

Buckwheat has a short growing season and can be grown in dry/un-irrigated land. While people are mostly familiar with the buckwheat picture on the left, this is technically a buckwheat groat: the de-hulled version of the harvested seed, as seen on the right.

Much of the US-grown buckwheat is exported to Japan for use in soba noodle production. These are long, spaghetti-like noodles?a staple in the Japanese diet. Domestic buckwheat is many times used in pancakes, while in Russian cuisine, miniature versions, called blinis, are often served with caviar.

So why do we like buckwheat for brewing? Besides being a gluten-free grain alternative, buckwheat has excellent attributes it contributes to a beer, such as aroma, flavor, body/mouth feel, and head retention. The aroma and flavor of buckwheat vary from bready and grainy notes from malted buckwheat to nutty or chocolate notes when roasted.

Have you tried a?buckwheat brew yet?