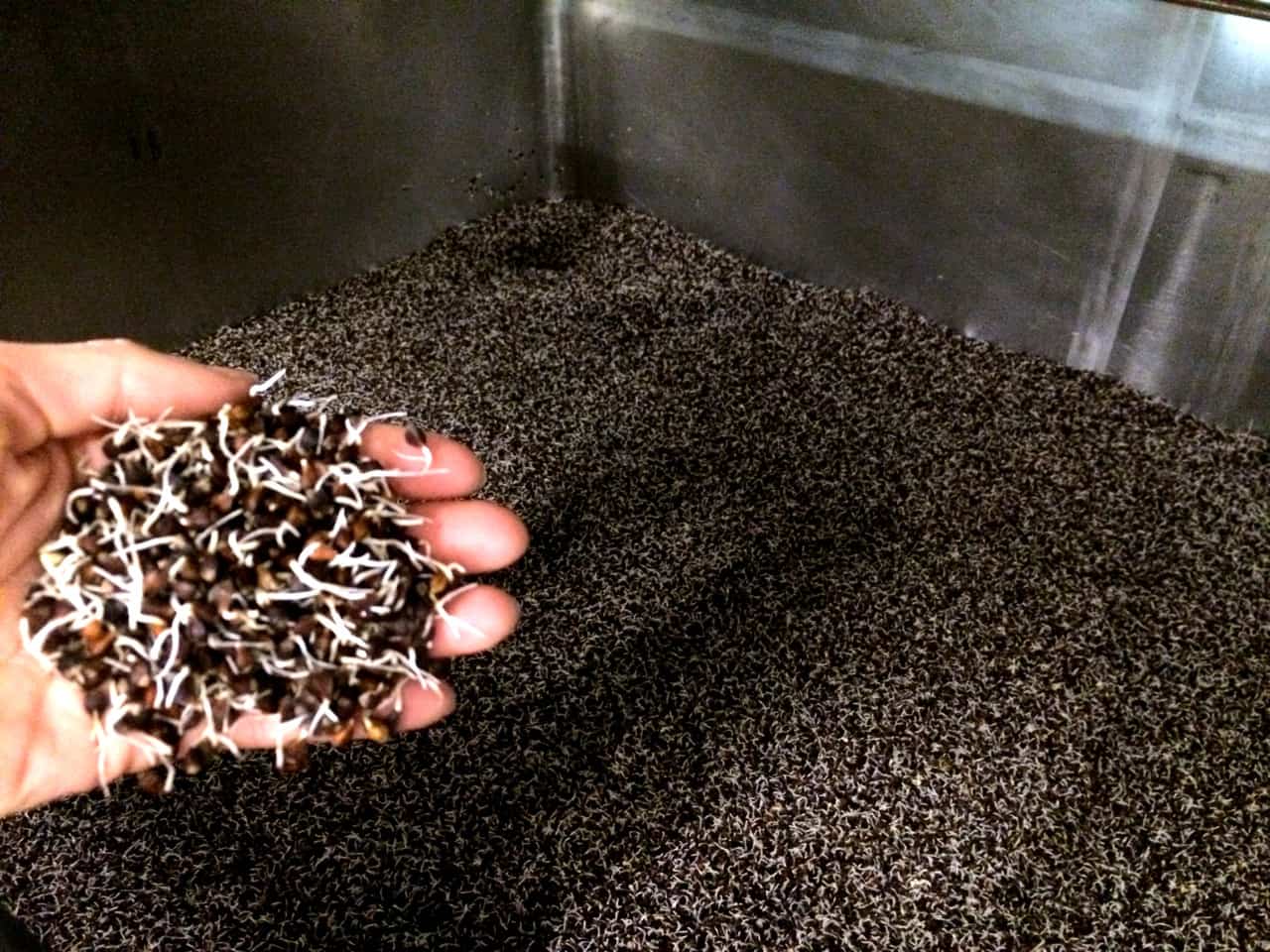 According to a recent article on food trend estimates the sales of sprouted grains to reach $250 million in five years, up from $30 million currently. Grains are a staple food in diets for practically all world regions, providing essential nutrients to the diet of animals and humans alike. Sprouted grains can be used in salads, sandwiches, vegetable dishes, breakfast cereals, and as additions to breads and other baked goods. Currently sprouted grain products are not mainstream and are less than readily available for the gluten-free consumer.

Initially, sprouting grain was a necessary process in order to soften the grain enough to have easier access to the internal starches (endosperm). For example, grains were sprouted before the milling process began to allow the seed coat to soften enough to be broken by a stone. Sprouting often occurred in the fields from the moisture in the air, and the grains were harvested and naturally dried. However, over one hundred years ago, the milling industry was drastically changed by the introduction of modern food processing techniques. In an effort to stabilize grain for mass production, modern grain production and milling were created. While this may have been a necessary response to the increases in commercial baking requirements, the result was ultimately removing the fiber, germ, and vital nutrients from the grain. Because of these changes, the majority of people in the United States eat unsprouted grain products. However, large amounts of sprouted grain, called malt, are used to produce alcoholic beverages?beer & malted grain spirits.

The sprouting of grains is easy, and has been done for thousands of years. Sprouting is simply the practice of soaking seeds in water, draining them, and then rinsing the seeds until they germinate or start to grow. According to nutritionists, there are two main reasons why sprouting should be encouraged. The first deals with enzymes and ease of digestibility. According to author Janie Quinn, ?when whole grains are sprouted, they are converted into a living food so that more vital nutrients are able to be absorbed by the body? (Quinn, 2008). Unsprouted starches require pancreatic enzymes to properly digest, which are less abundant in the digestive systems of most people (Quinn, 2008). Hence, unsprouted grains do not digest as easily as grains that have underwent the sprouting process, in which numerous enzymes that help digestion are produced. Some people find sprouted wheat products easier to tolerate, but please note, sprouted grains (wheat, rye, and barley) are not gluten-free.

Another reason for encouraging the consumption of sprouted grains is superior nutrient content. Sally Fallon, President of the Weston A. Price Foundation, states the process of germinating not only produces vitamin C in seeds, but also changes the composition of grain and seeds in numerous beneficial ways.? For example, in Nourishing Traditions, authors? state sprouting increases carotene content dramatically, sometimes eightfold, and increases vitamin B content, especially B2 , B5, and B6?? (Fallon, 1999.)