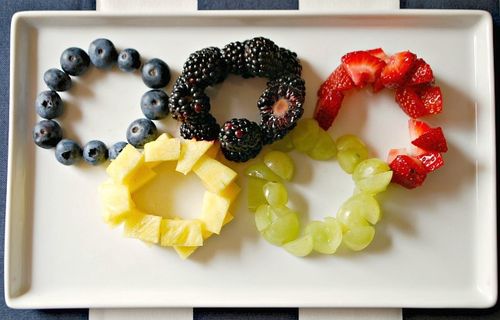 Even the world?s most elite athletes are recognizing the benefits of a gluten-free diet. Todd Lodwick, who carried the American Flag during the Sochi Opening Ceremonies, has been gluten-free since 2011. Sochi represents Lodwick?s sixth performance as an Olympic Nordic Combined Skier and he says that going gluten-free was the biggest change of his long career. It is a change that has improved his performance significantly, ?Being gluten free is something I believe in, and making that choice has extended my career. It has improved my skiing in a huge way, and it has enabled me to continue in an endurance sport that is demanding and that I truly love.?

Another notable United States Athlete who went gluten-free in 2012 is Chris Creveling, a Short Track Speed Skater. Sochi is his first time in an Olympic competition. He made the change to a gluten-free lifestyle when he began experiencing back pain and fatigue. Going gluten-free has helped him compete at the top of his game. Both Creveling and Lodwick have a gluten-sensitivity but have not been diagnosed with Celiac?s Disease.

Olympic level training requires special attention to diet, especially when you are competing gluten-free. For instance, Creveling consumes about 5,000 calories a day to support his training. Both of them consume nutrient dense fruits and vegetables along with meats, dairy and gluten-free carbohydrates. The US Olympic team creates an atmosphere that is supportive of gluten-free lifestyles. Russia also took the health goals of the Olympics very seriously in providing the Olympic Village with 24-hour healthy options with nutrition and allergen information next to each item.

Here is a list of athletes from the United States who are publicly gluten-free:

Check out this video for stories about Olympians who have ?ditched? gluten worldwide:?http://www.mindbodygreen.com/0-5641/Olympians-Ditching-Gluten.html